At the beginning of the summer, I took the train east to Nova Scotia for two months of island living, salt air and a daily commute that often led to encounters with harbour seals. I took VIA Rail’s Ocean home to Montréal on June 29th. Today I find myself on the rails again, this time heading towards the west coast by way of Toronto and Winnipeg, arriving in Vancouver on Saturday.

I’ve made this cross-Canada trip by rail before, when I was very young. We have one photo of that journey: a small curly-haired me with my parents in the Halifax VIA Rail terminus, perched atop the baggage cart. The rest of the roll stacked itself into a multiple exposure within my mother's Nikon, and the resulting image was a vague smudge of Canada, as indistinct as my faint recollection of happy hours spent playing with the teal-and-yellow cardboard train that the VIA employees gave my parents for me to assemble.

I brought a film camera this time, too. I’m going to take a couple photos each day of my journey, and with any luck when I look back on this trip it will be with a measure of clarity. 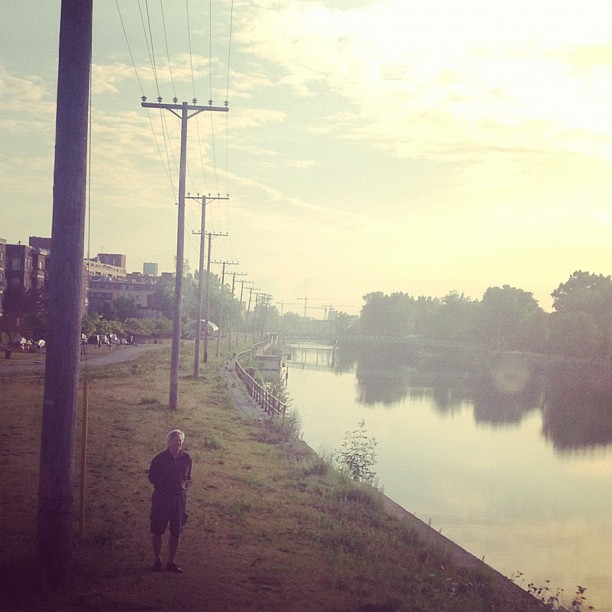 A trainspotter observed us as we crossed the Lachine Canal this morning.